August 06, 2018
While I was in the area of the Gyeonggi Southern Province Police station (to deliver a letter to my muse) I noticed a sign pointing the way to a museum. So I wandered over to see what this museum was all about. I was very pleased to learn it was the Suwon Museum of History and Calligraphy. 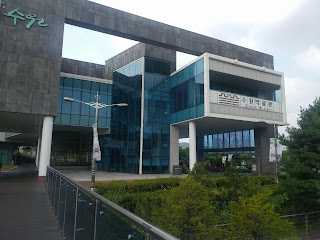 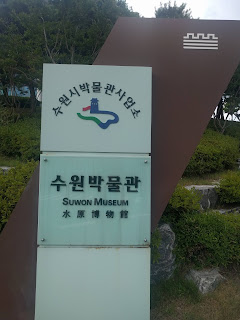 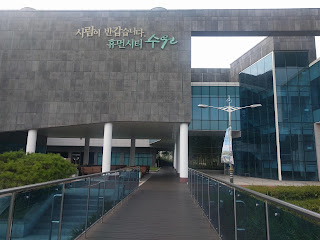 The museum is divided into two parts. Both were fascinating. If you are any sort of artist or even a scribe you will love visiting the Calligraphy Museum of Korea, as it is officially named. I especially enjoyed seeing some of the letters to and from kings, and poetry and such. I liked the calligraphy on the fans too.

Below is a description of the exhibit. You can learn more details by visiting the website.

The permanent exhibition hall of Calligraphy museum of Korea is composed of diverse range of themes of relics for each period in the history of Korea in order for visitors to view the tradition and changes in the calligraphy of Korea at a glance.

The themes for each of the exhibition venues include Geumseokmun (epigraph), Beopseo (Rechtsbuch), renowned calligraphic artists in Chosun Dynasty, letters, writings of the king, contemporary renowned calligraphic artists, Sagunja (drawings of 4 gracious flowers), Moonbangsawoo (4 gracious things in a study) and Sarangbang (guest’s quarters), and educational venues have been installed in small spaces of the exhibition hall order to assist with the appreciation and understanding of calligraphy. For example, video clips that illustrates the structuring of the composition of characters written on the paper, how to use brushes, adjustment of the thickness of the ink, and how the ambiance of the characters change depending on the arrangement of characters on the paper enables the visitors to assist with the understanding of appreciation of calligraphy in advance. Moreover, touch screen was used in appreciating the characteristics of the characters for each calligraphic style and photographs of the relics in order to further stimulate the curiosity of the visitors. In addition, video of the names of the calligraphic works and cultural aspects of Korea, China and Japan, all of which belong to the sphere of influence of Chinese characters were inserted, in order for the visitors to appreciate the calligraphy works of these 3 countries.

The other side of the building houses the Suwon Museum of History.  The description below is from another page of the website:

Suwon Museum of History is exhibiting the history and culture of Suwon by composing them for each era and theme with the aim of elevating the understanding of the visitors on the exhibits through usage of actual relics, and various media such as panels, images, diorama, models and kiosk.

I probably should mention that Suwon is a province outside of Seoul. It is "the capital and largest metropolis of Gyeonggi-do, South Korea's most populous province which surrounds Seoul, the national capital. Suwon lies about 30 kilometres (19 miles) south of Seoul. It is traditionally known as "The City of Filial Piety". With a population close to 1.2 million, it is larger than Ulsan, although it is not governed as a metropolitan city." There is much to see, and I saw a lot in Suwon! Peruse my blog to learn about more sites in Suwon.

I think the photos below will speak for themselves. 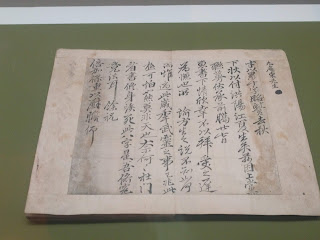 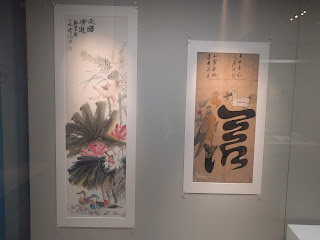 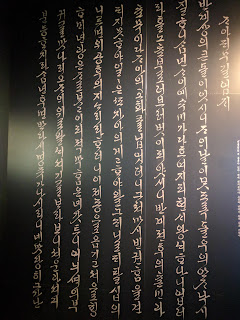 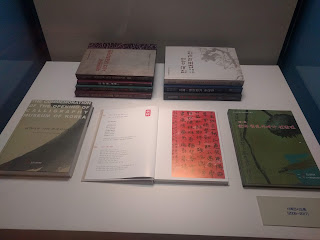 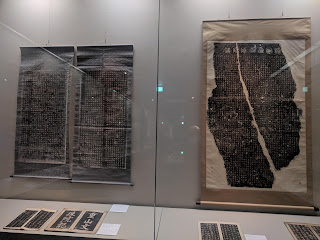 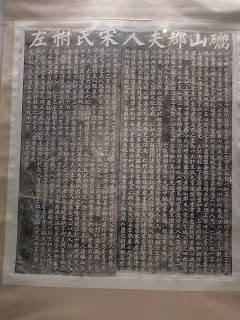 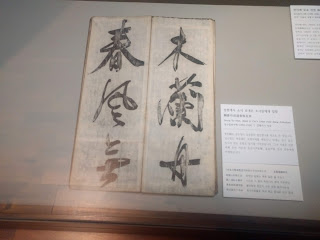 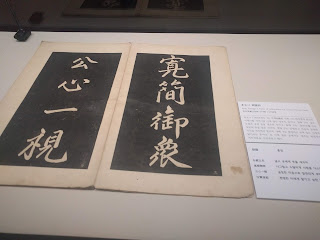 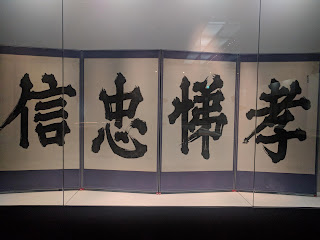 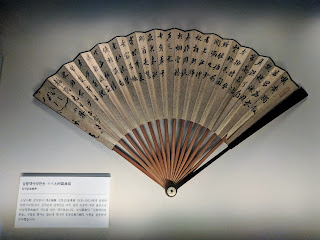 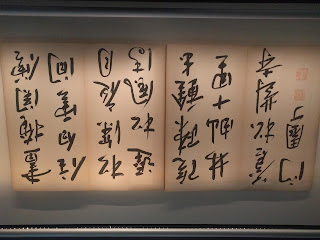 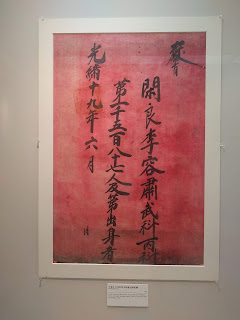 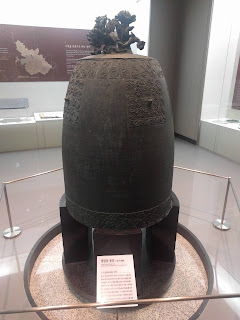 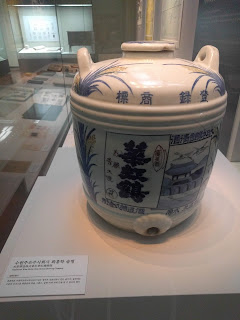 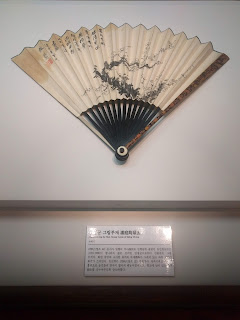 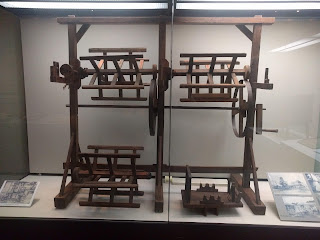 I especially enjoyed the exhibit of Suwon in the 1960's. We could walk through a little village to feel as if we lived then. Try it:

I will add that seeing the photos from the Japanese occupation of Korea left me with a feeling of great sadness. Many historical sites had been destroyed in an effort to wipe out Korea. This sort of action is not just characteristic of the Japanese. It is a sad action that many occupying forces do when conquering a land or country. Even today. Happily Korea has made, and is still making a great effort to restore much of what was destroyed. 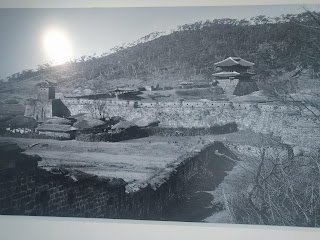 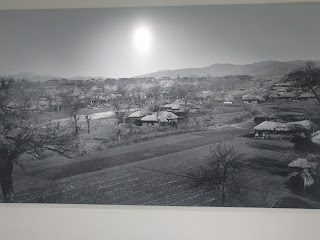 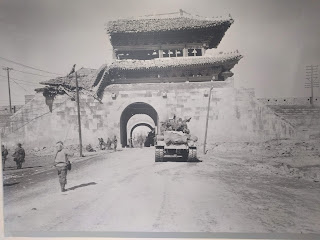 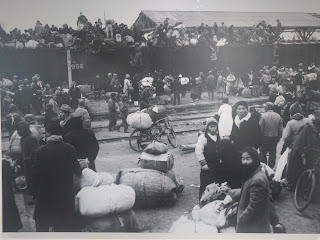 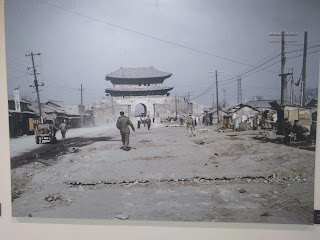 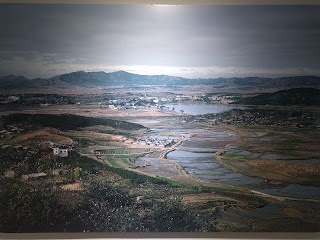 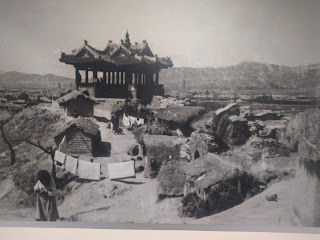 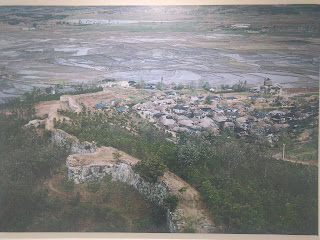 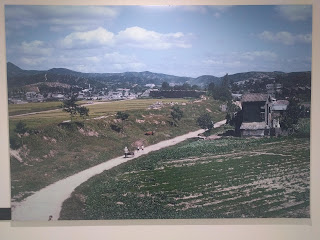 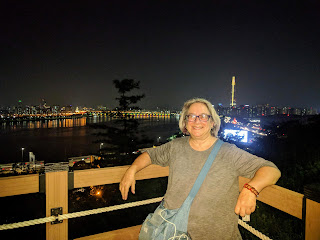 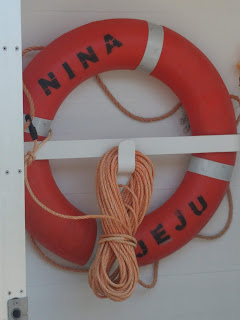